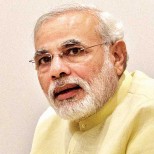 On the day BJP released its manifesto back in April 2014, Narendra Modi said something that made everyone sit up and take notice. “I promise I will never do anything for myself, I will never be vindictive,” the would-be prime minister announced. This comment came after Amit Shah’s controversial ‘badla’ comment in Muzaffarnagar.

One of the biggest fears perpetuated about Modi as Prime Minister in the media as well as in liberal intellectual circles was his alleged ‘mean streak’. Modi is a great administrator but he doesn’t forget or forgive, was the theme of discussion in many liberal coteries. Congress tried its best to use the 2002 Gujarat riots to attack the current Prime Minister. The biggest fear was, and some would suggest still is, the aggressive saffronisation of India. But what made opponents of Modi more sceptical was the aura around this man who allegedly uses every trick in the book to get back at his ‘enemies’. Critics say he has done this in Gujarat with former chief minister Keshubhai Patel, his own home minister Haren Pandya and of course, former RSS pracharak Sanjay Joshi. But then some would say all these are political moves and cannot be attributed to vindictive politics.

Nearly 40 days after Modi entered South Block, discussion of this ‘mean streak’ still continues. In the last few weeks, some developments have been directly attributed to him – some of them fairly and some purely based on conjectures. Liberals and former editors (who blame him for their ouster) have gone around town with their “I told you so” remarks.

Perhaps it first began within the ruling party, when Modi ensured that senior BJP leaders LK Advani and MM Joshi were kept away from the government as well as from any government positions. Advani was said to have wanted to become Lok Sabha Speaker while Joshi’s name was floating around for vice-chairman of the Planning Commission. Both Advani and Joshi had been critical of Modi and not so happy with the BJP’s presidential Lok Sabha campaign centred on Modi. Once his mentor, Advani had become the biggest internal roadblock in Modi’s prime ministerial dream. Post election, Modi clearly had his way completely side-lining two of the most powerful leaders in BJP’s history.

Once in government, some would argue, the most prominent example of this ‘mean streak’ came when jurist and senior advocate Gopal Subramanium was stopped from becoming a Supreme Court judge. As amicus curiae, he had held a view that went against Modi’s right hand man Amit Shah in the Ishrat Jahan fake encounter case. But what was particularly funny was the nature of attacks on Subramanium. Apart from a failed attempt to attach him to the 2G scam, an Intelligent Bureau (IB) report also suggested that he was too religious to be a good judge – this coming from a government led by a right wing party! The justification given by Modi’s law minister Ravi Shankar Prasad was even more ambiguous. Angry with the personal attacks, Subramanium withdrew his candidature. We also saw the Chief Justice of India criticise the Modi government for the way the incident was handled.

The Gopal Subramanium case was not the first time the IB was being used to attack opponents. Days into the Modi government, another IB report was leaked to the media which spoke about foreign funding to environmental NGOs, most prominent among them being Greenpeace. Interestingly, Greenpeace has been very critical of a number of projects undertaken by prominent corporate supporters of Narendra Modi, including one whose plane he chartered while flying from Ahmedabad to Delhi to be sworn in as India’s 16th Prime Minister.

The next big example of his ‘mean streak’ comes in form of the Lok Sabha Speaker’s refusal to offer the Indian National Congress the position of leader of opposition. Citing the Nehru, Indira and Rajiv Gandhi days, BJP has maintained that there is no need for a leader of opposition – clearly removing any need for consultation with opposition parties on many prominent decisions, including appointment of Lokpal and CVC. Modi forgets that his government might be in absolute majority, but it is nowhere near the numbers Nehru or any of the Gandhis commanded in the Lok Sabha in the past. Moreover, BJP won one of the lowest vote shares in the history of a ruling party. Some others would argue that he wants to follow the Margaret Thatcher model of governance which doesn’t believe in consensus, unlike Atal Bihari Vajpayee who believed in the politics of consultation.

The meanest streak came when he transferred 89-year-old Gujarat governor Kamala Beniwal with five months of her term remaining. Modi and Beniwal had a bad working relationship during his term as Gujarat Chief Minister. Beniwal, clearly on instructions from the Congress high command, sat on many legislations passed by the Modi government. Almost on a weekly basis they would have run-ins, from the issue of reservation of women in local bodies to the appointment of a Lokayukta. The Modi government did want to get rid of all UPA appointees in Raj Bhawans around the country, but most of them refused to go. Among all of them, the one who created maximum discomfort for Modi in the last decade was Beniwal. So what can be more discomforting for a near nonagenarian woman? Mizoram.

The mandate for Narendra Modi and the BJP was supposed to be based on development. Such pettiness only gives strength to what his detractors have always feared.