Who will answer for Lucas’ death?

The CRPF’s high-handedness has brutalised a tribal family in Jharkhand, where the force wants AFSPA cover to fight the Maoists. Kunal Majumder reports from Palamau EVERY MORNING, as the villagers […]

Splinter cells and the Chaos Theory

Renegade Maoist groups wreak havoc in Jharkhand, often with the tacit support of the state police. Last year on 7 April, after the murder of Reliance Power general manager Manoj Ojha by a Maoist renegade group in Chatra district, Jharkhand IG RK Malik made an unusually candid admission. He accepted that the Tritiya Prastuti Committee (TPC), a renegade group believed to be responsible for Ojha’s death, was once an ally of the state police. Malik went on to add that the group was no longer under police control after turning criminal. And that the police has been instructed to take action against TPC operatives.

Still No Country For Good Men

ON 24 DECEMBER 2010, Dr Binayak Sen — a man who has now become a cause célèbre across the country — was sentenced to life imprisonment by a sessions court in Raipur, Chhattisgarh, for “conspiracy to commit sedition”. Sen had worked for 30 years with the tribal poor in the state both as a doctor and a human rights activist. According to the Chhattisgarh state, however, Sen is a dangerous Maoist leader who is a serious threat to national security. 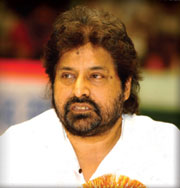 ‘Centre must withdraw its forces from Lalgarh’

TMC chief whip Sudip Bandyopadhyay tells KUNAL MAJUMDER that Mamata Banerjee wants the Maoists in the mainstream. “Our appeal to all those carrying arms is that they should give them up and join the mainstream, get involved in the peace process,” he says.

Spot The Mao In The Picture