‘History needn’t be kind. It needs to evaluate’ 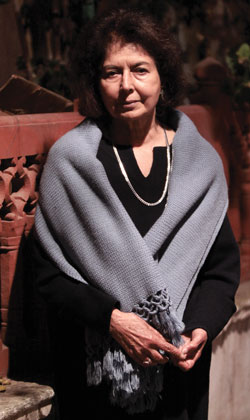 Nayantara Sahgal’s Indira Gandhi: Tryst with Power, an updated version of her 1982 book, is an incisive analysis of the life and times of one of independent India’s longest serving prime ministers. In an email interview with Kunal Majumder, Sahgal, 85, attempts to decode the facets that made Indira a figure whose place in history continues to be ambiguous.

EDITED EXCERPTS FROM AN INTERVIEW

Your book has been hailed as a “psychological biography” of Indira Gandhi. How did you get a peek into her mind?

The book originated as a paper for a 1974 conference on ‘Leadership in South Asia’ at the School of Oriental and African Studies. When my conclusion that India was taking an authoritarian direction under her leadership proved to be correct, I expanded it into a book. It is not a biography, but a study of her political style, based on my observation of political trends, and my own knowledge of her.

People either look at her as Goddess Durga for liberating Bangladesh or as an authoritarian for imposing Emergency. Has history been kind to Indira Gandhi?

Both views are correct. Her inconsistency showed up in her different approaches to domestic and foreign policy. For example, she fought a war to establish a democratically-elected government in Bangladesh, while at home — long before the Emergency — democracy was set back drastically with her demand for committed civil servants, her attempt to bring the press under government control, and the high centralisation that damaged the federal system. Inner-party democracy in the Congress also suffered for want of discussion. History does not need to be “kind”. It needs to evaluate. I’m yet to see an objective evaluation of her place in history.

In the first chapter, you talk about how Nehru was opposed to any role for Indira both in his government and the party because she was his daughter. How did she overcome his reservation?

She did not have to overcome Nehru’s reservation. Govind Ballabh Pant and UN Dhebar persuaded Nehru that he should not stand in her way. Her ambition was fuelled by the fear that India would stray from Nehru’s path. Ironically, her tenure as PM represented a complete break from his pragmatism. Unlike Nehru, she misread the economic requirements of her time and India lost a decade of development as a result. Unlike him, she named her sons as her successors.

You have maintained that democracy was not her style, but you also say “it remained an insistent craving”. Why?

Her upbringing had held democracy sacred. She called an election in 1977, going against Sanjay’s (Gandhi) advice, because it mattered to her that her own image, and India’s, be restored in the world’s eyes. And whatever evidence to the contrary, she believed she was a democrat. In this sense, it was a true “craving”.

It is believed that Sonia Gandhi has adopted her mother-in-law’s style. Do you see any similarities?

Sonia appears to have adopted Indira’s public speaking style, her way of getting to the scene of action in a crisis, and also her reliance on her children in political matters. Like Indira, she has chosen her son to succeed her.

Rahul Gandhi has been trying to rebuild the party as a more democratic structure. Do you see it as a rejection of Indira’s style?

No, I see it as doing what needs to be done, perhaps as a continuation of his father’s wish to bring much-needed changes in the Congress.